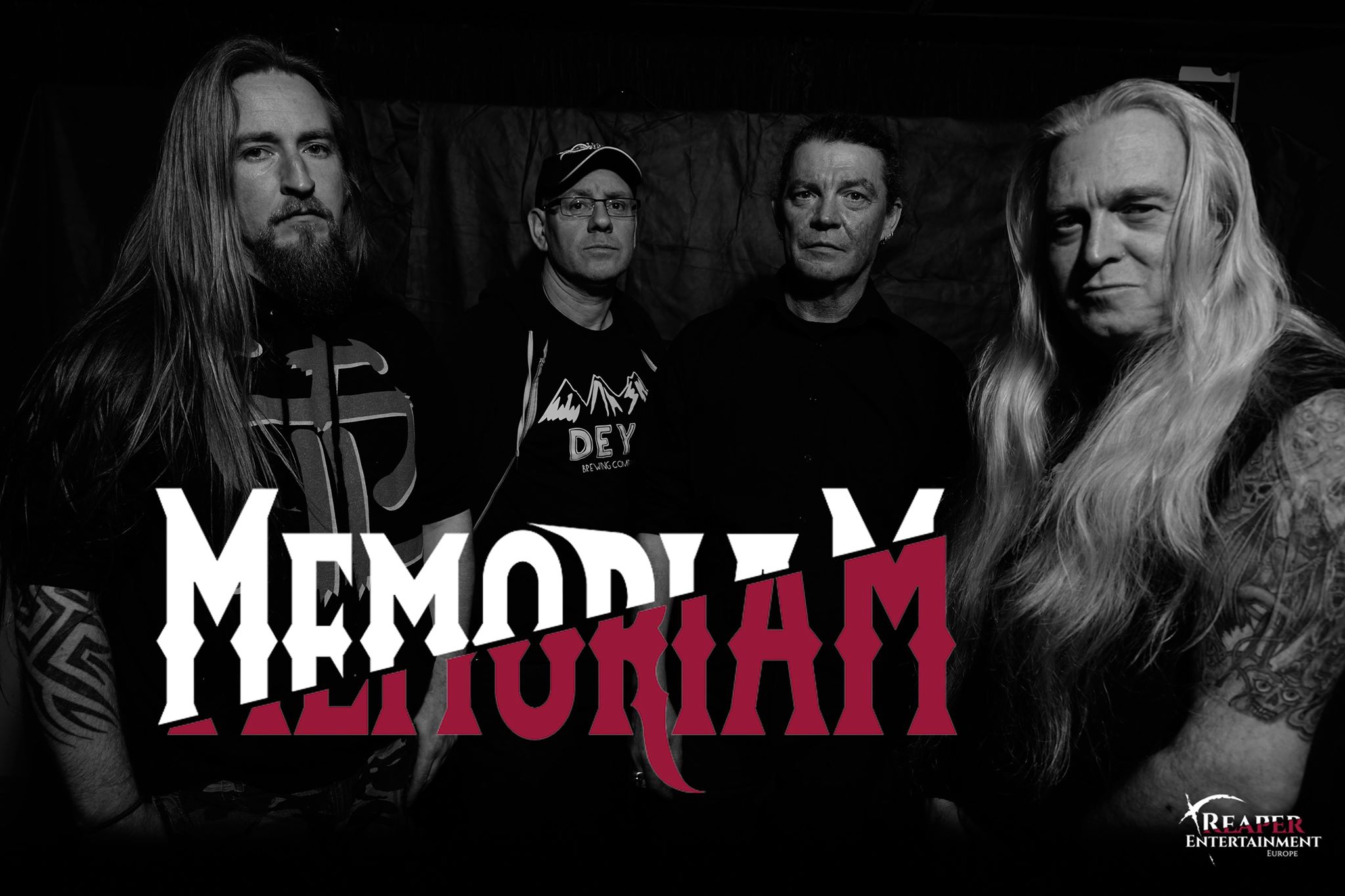 The band states:
"We are very happy that we have now signed with Reaper Entertainment. We are convinced that we can take another step forward with these guys. Flori has already worked with us during Nuclear Blast times and we know each other very well. We are looking forward to the collaboration. You can look forward to a great new album!"

Flori Milz (Managing Director of REAPER ENTERTAINMENT) states:
"I got to know the band in 2017 at the listening session of the debut album "For The Fallen". I will never forget this event. Not only because I met my wife there, but also because I never saw a party escalate that fast. Lots of alcohol flowed and the whole house looked like a battlefield. Since this evening I have a great friendship with MEMORIAM. So I am even happier that we could win the band for REAPER ENTERTAINMENT."

MEMORIAM are going to enter the studio later this year to record the fourth album. More Info about the new album soon.

The war rages on! Old school metal veterans MEMORIAM are set to unleash their third album, Requiem For Mankind, on June 21st, 2019 via Nuclear Blast Records. Today, the band have revealed the lyric video for new track 'Shell Shock'.

The band states:
"A new Memoriam song, a new approach, and as with all our albums a new sound for us to use.
"Shell shock " is the first track we recorded for the "Requiem For Mankind" album. It is a bit of a
Death Metal headbanger of a track! Subject wise it deals with the effects of being on the frontline
amongst all the noise and chaos of a horrific war situation from an individual standpoint, and also
that the soldier does not die from an enemy bullet!
Sound wise it needed to sound a bit epic, we think we have achieved this on 'Shellshock' and
have used this as the blueprint sound throughout the album."

Pre-order the album here: http://nblast.de/Memoriam-RFM
The digital single 'Shell Shock' will be available tomorrow, April 19th, on all streaming platforms.

The tracklist for Requiem For Mankind racks up as follows:

The colossal songwriting and the first-class recordings have been immortalised through the sublime production work of Russ Russell (NAPALM DEATH, DIMMU BORGIR, AT THE GATES, AMORPHIS, etc.) at Parlour Studios, giving the record raw production values, whilst providing the perfect scenario to showcase the musicianship so beautifully displayed on the album.

Memoriam were also pleased to announce their debut London show last week – which will also be the release show for their upcoming studio album. The gig will be taking place at The Underworld, Camden on June 22nd this summer. Supports to be announced in due course.


12th April 2019- Little more than one year has passed since Memoriam UK's album "The Silent Vigil" was released, but as we all know, there’s no standing still in the MEMORIAM camp. Their third studio album "Requiem For Mankind" will be released on June 21st, 2019.
The album's impressive artwork was created again by master Dan Seagrave.

While their debut album "For The Fallen" (2017) was heavy, depressing, and marked by grief, the second work "The Silent Vigil" (2018) showed a relentlessly aggressive side. This also applies to the third and latest string to their bow "Requiem For Mankind." 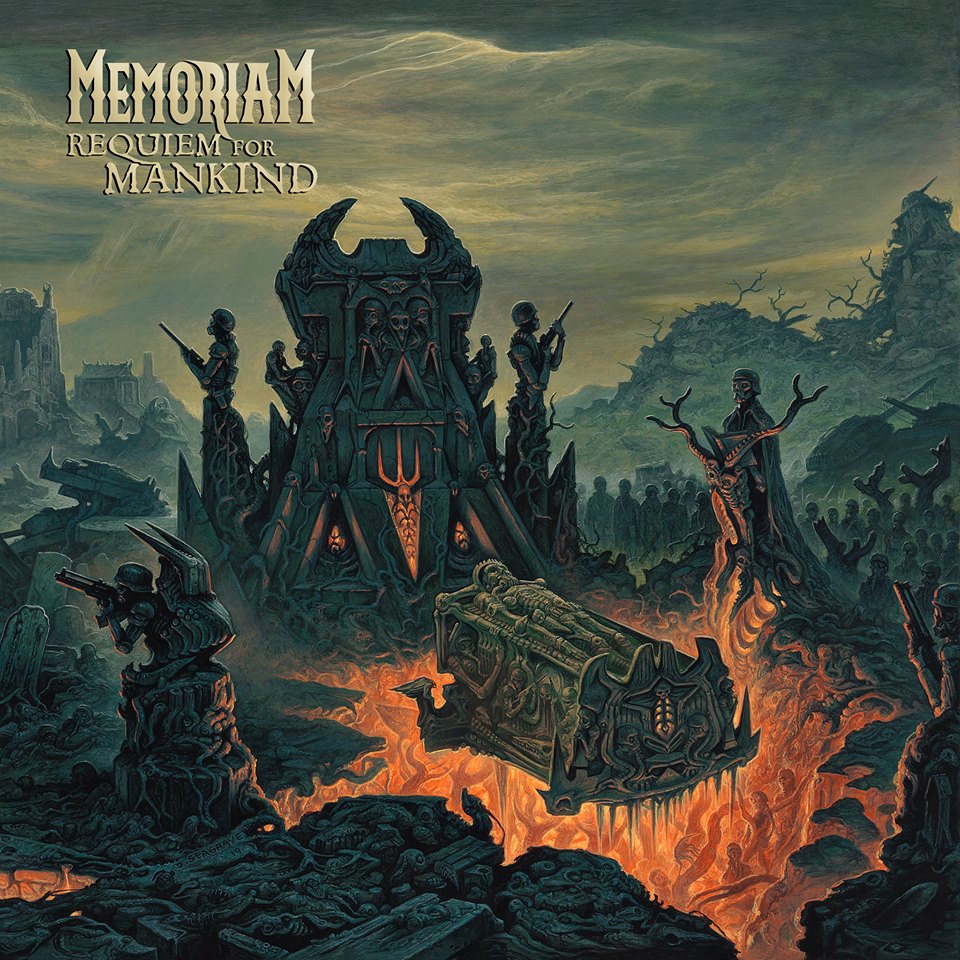 All shows postponed until 2021.

12th April 2018 - The war rag.es on! Nuclear Blast is pleased to announce that the second album from old school death metal veterans MEMORIAM, »The Silent Vigil«, hit the official album charts in Germany, Switzerland and the UK as follows:

The band stated:
"We are incredibly pleased with the overall response that we have received for our second album »The Silent Vigil«. The fact that it has achieved some amazing chart positions throughout the world is truly amazing and we would like to thank everyone that has supported us by purchasing the album. We have achieved such a lot in such a relatively short space of time with MEMORIAM and none of this could have been achieved without the support we have received by our fans, friends and family. We look forward to the future as the war still rages on...!"

In comparison to its predecessor, the new record from MEMORIAM focusses more on the aggressive side of the band's music. The band have also put a lot of work into developing their sound, creating a monstrous tone that further enhances the imposing warfare.»The Silent Vigil« still sounds like MEMORIAM, without repeating their successful debut album.

MEMORIAM stated on the cover artwork:
"Following the success of working with Dan Seagrave for our debut album »For The Fallen«, we decided that we had to get Dan involved for the next album cover.
Initially we used Dan as we were all very impressed with the art that he has created for bands over the decades and Scott in particular wanted to have an album cover designed by Dan Seagrave, as part of the things he wanted to achieve with MEMORIAM.
Dan really encapsulates the Old School Death Metal feel to the album covers that he creates; they are full of detail and very atmospheric. We gave him a brief for the »For The Fallen« debut cover and he did a great job.
We briefed Dan and asked him to create an image which followed on from the first album; the first album features a funeral procession, the coffin of the fallen leader paraded across an ethereal battle scarred landscape.
»The Silent Vigil« represents the next phase of the journey where the coffin is lying in state with the followers standing in silence almost like terracotta soldiers. The cover has an overall solemn feel to it, with the ravaged landscape in the background and burnt out wrecks of military hardware in the foreground.
The tree in the centre of the album cover is symbolic of life – that continues on.
We are really pleased with what Dan Seagrave has created for us once again and we are proud to have his artwork on our album cover.
We already have an idea for the next album cover and we hope that Dan will be able to do this for us too."

Memoriam are an Old School Death Metal band and maintain the standards set by previous bands that the members have played with, focusing on the themes of death, loss and war.

Initially Memoriam got together to play covers of songs that had influenced them throughout their careers within the Death Metal scene, however it soon became apparent that the new songs that they created were of a superior standard.

2016 proved to be a busy year for Memoriam, establishing themselves through the release of the Hellfire Demos

2017 saw Memoriam release the Hellfire Demos II in January followed by their hugely anticipated debut album 'For The Fallen' through Nuclear Blast Records in March. This was followed by 20 selected shows throughout Europe in that year.

In December 2017 Memoriam headed to RB studios to record the second album ' The silent Vigil' which is to be released through Nuclear Blast Records in March 2018.

2018 will be another great year for Memoriam a true celebration of life through Death Metal.

The speed at which MEMORIAM operate and the pace they've kept up since their formation has kept jaws perpetually on the floor. Officially brought to life in March 2016, just a few weeks later their debut two track demo »The Hellfire Demos« was released. Even more astoundingly, with only these two songs under their belts the British death metal squad catapulted themselves into the spotlight of the international metal scene. The machine rolled ever forward and their first live show appearances were swiftly confirmed. In the meantime, MEMORIAM signed a deal with Nuclear Blast Records. Their first major milestone was the release of their debut album »For The Fallen« which has more than substantiated the deeper meaning of the band. The four musicians succeeded in doing something which most of their peers have not achieved in their entire careers - they've immortalised themselves within the history books of heavy metal.

It's not surprising that MEMORIAM consists of veterans of the scene who have achieved the status of legends, at least in death metal circles. With frontman Karl Willets (ex-BOLT THROWER), Frank Healy (Bass, BENEDICTION), guitarist Scott Fairfax (live guitarist, BENEDICTION) and drummer Andrew Whale (ex-BOLT THROWER), the highest quality is guaranteed. This fact has been recognised by fans all over the world as well as by the press, who reverentially praised the debut. When British institution BOLT THROWER disbanded in early 2016, no-one dared dream that a super group or successor might be just around the corner, let alone that their consciousness might live on and inhabit a new form. The signature sound of these musicians lives on, and »For The Fallen« in its relentless style rolled down each and every preconception about the band's sound.

For the musicians themselves, »For The Fallen« could be called an adjustment period in which they dealt with and aired their sadness and grievances due to their losses. As the year ticked on beyond the album’s release it became ever more apparent that the band was nowhere near taking a breather, and after several successful shows including Wacken Open Air, Graspop Open Air and Roadburn Festival they once again knuckled down to writing new material. This work has now been collected into eight merciless tracks in the form of a new work titled »The Silent Vigil«. MEMORIAM’s second album is less affected by sadness compared to its precursor, and their aggressiveness has increased manifold.

The band has also worked intensively on the complexities of their sound, creating a monstrous tone that further enhances the imposing warfare. »The Silent Vigil« still sounds like MEMORIAM, but without once copying the debut. Fans need not worry; »The Silent Vigil« exudes their inimitable old school flair once again and has not abandoned their merciless groove for even one split second!

17th September 2016 - Memoriam are to start recording the debut album at Hellfire studios set for Release through Nuclear Blast Records in February 2017. 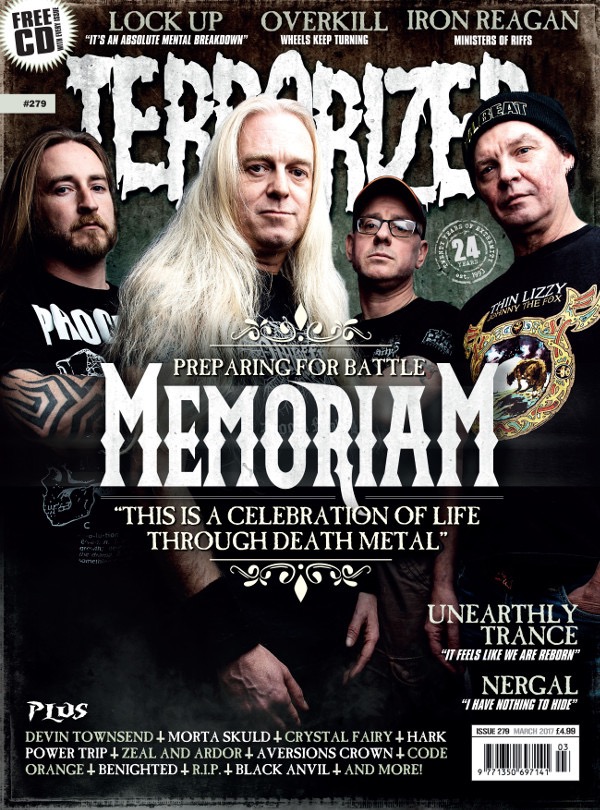 Photos from Dark Days of Helsinki - September 2017 by Olli Teirila 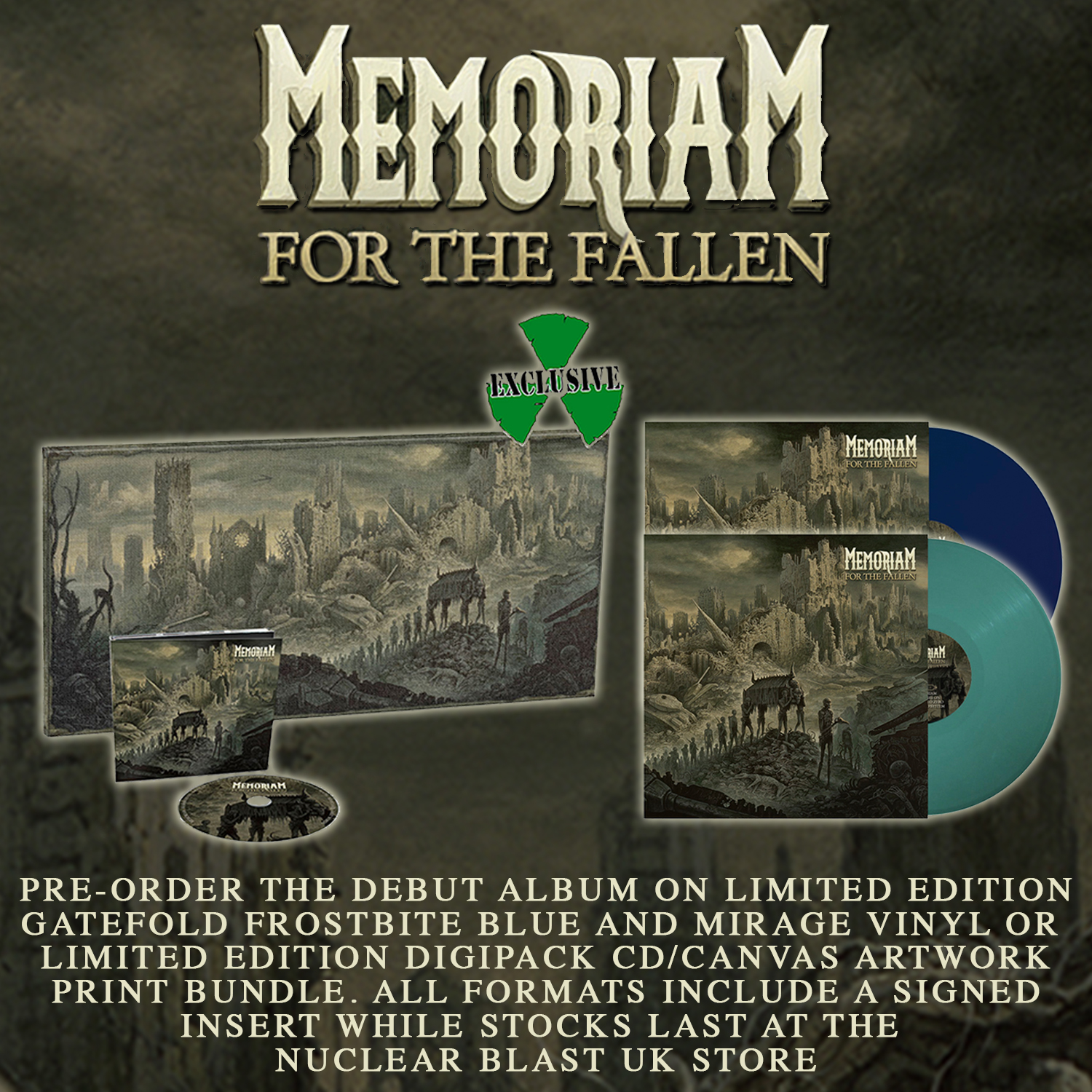 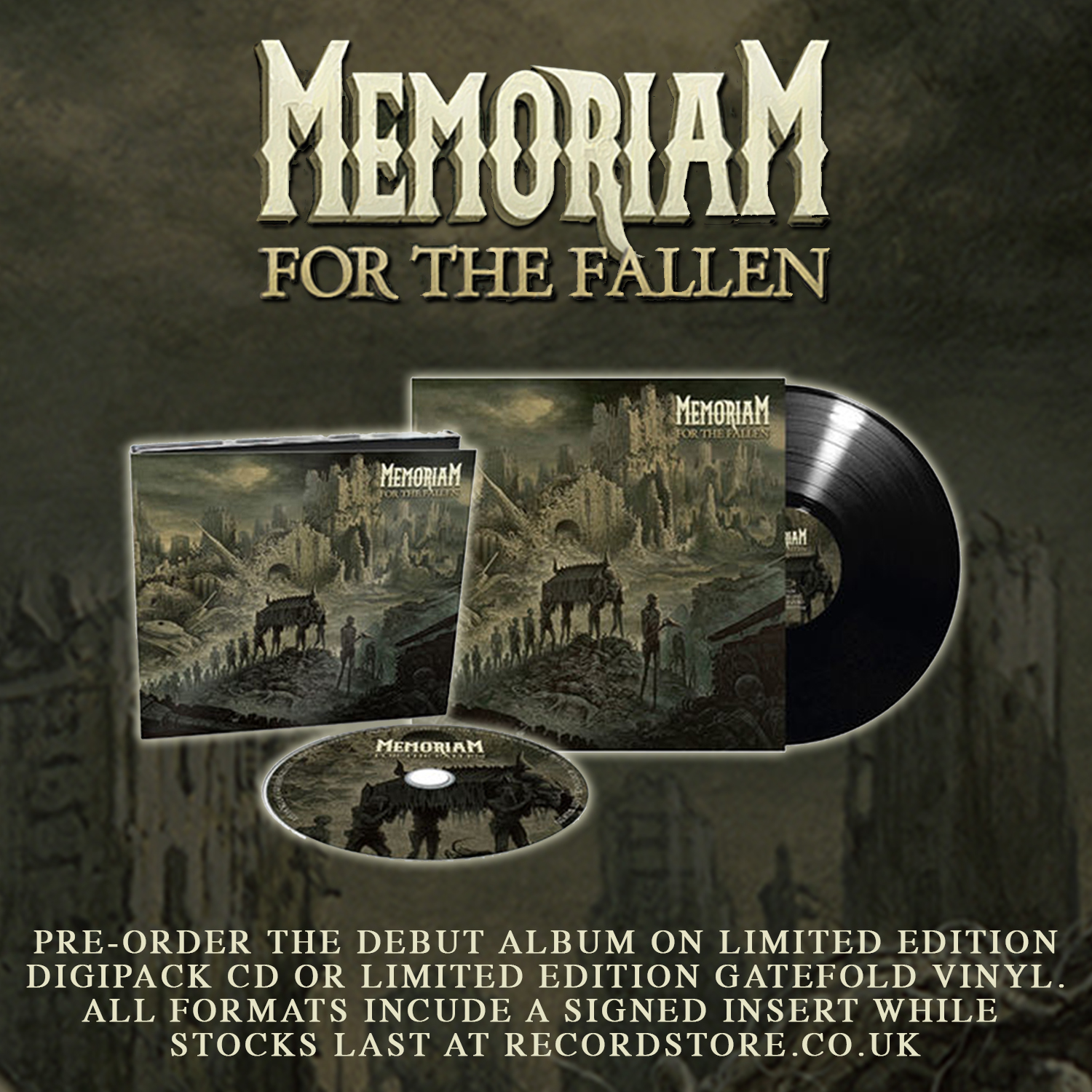 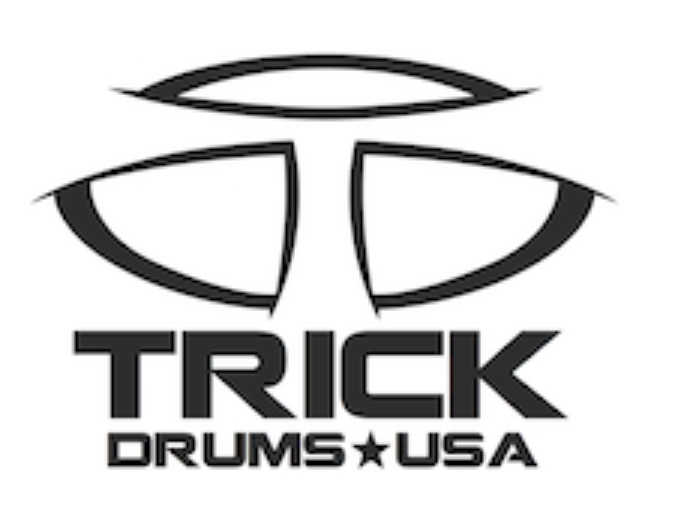 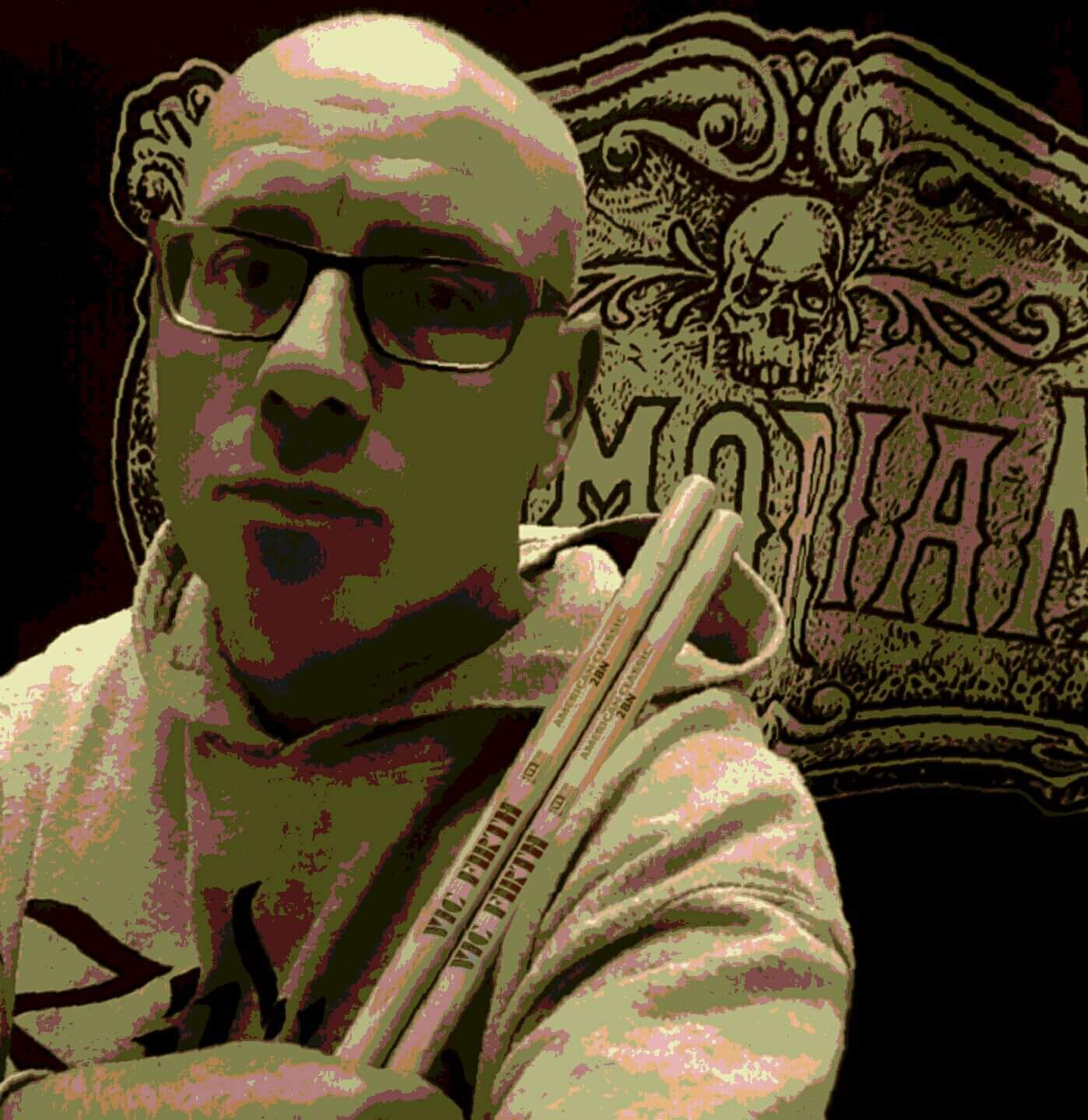 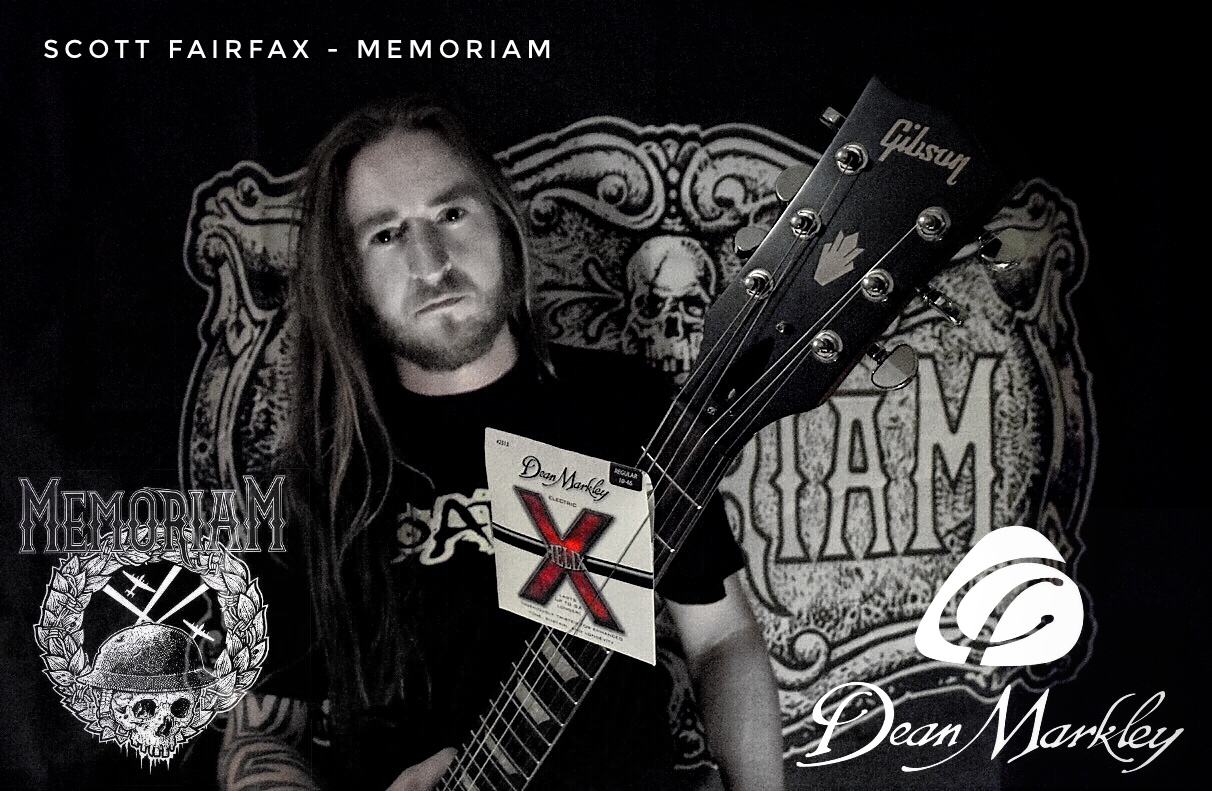 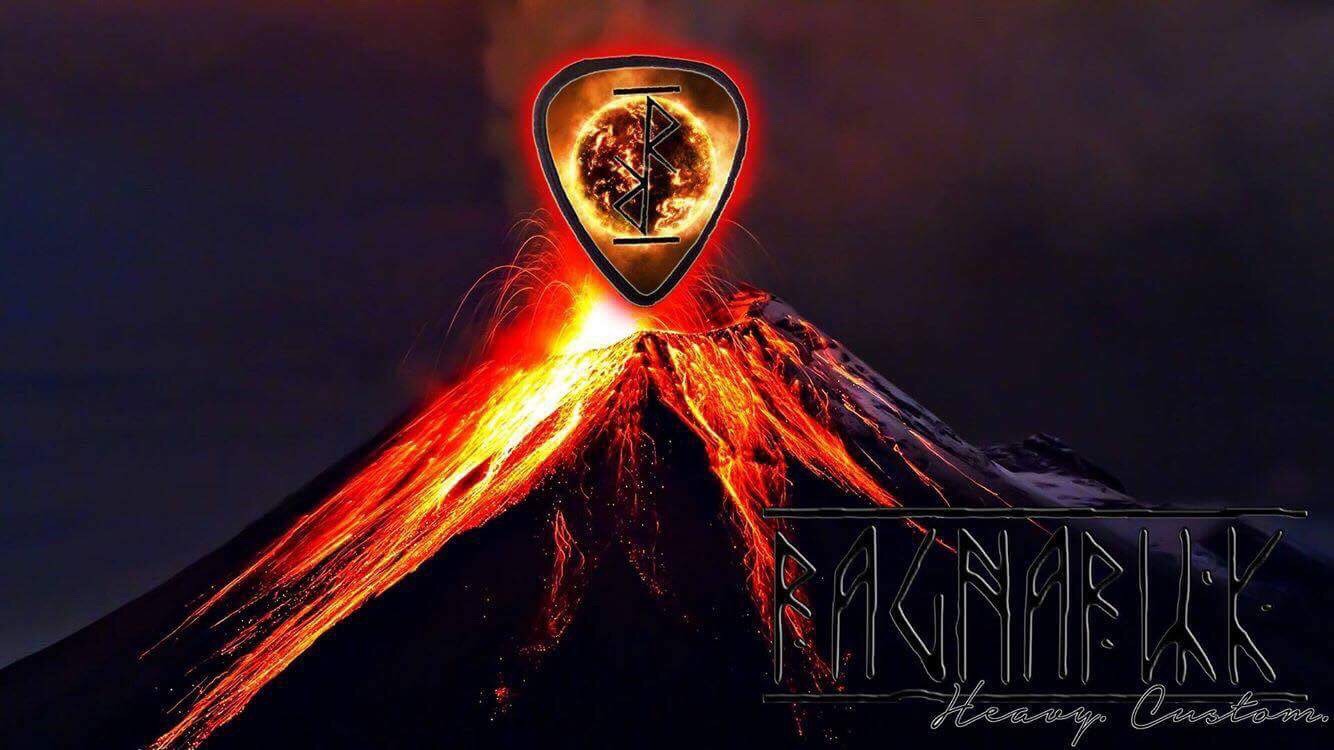 For booking enquiries please complete the form below or email: booking@memoriam.uk.com 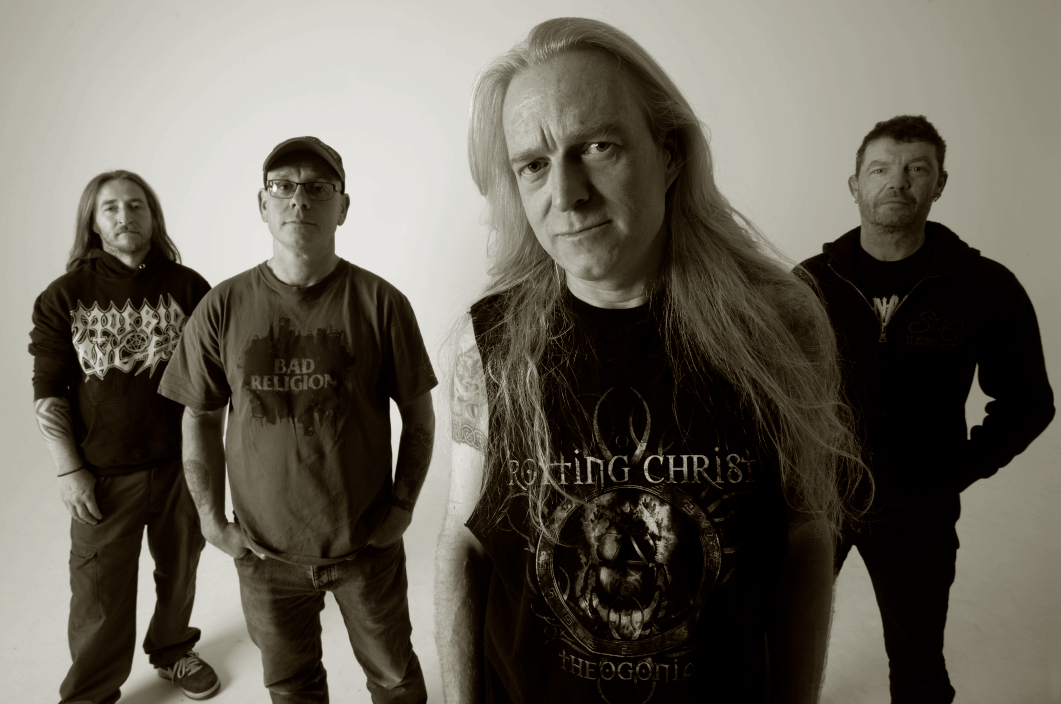